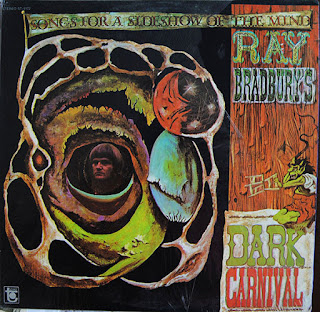 don't hang around, enjoy good music!
Posted by Lisa Sinder at 8:30 AM

So, yeah, Ray Bradbury was very popular among dark sci-fi/horror readers in the late 60's (much as H.P. Lovecraft, whom readers were just discovering around that time, was). But this album is insipid lightweight orchestral folk-rock that doesn't do justice to "The October Country", the story collection that it refers to. Though there was a good psych band at the time called October Country who did the classic "My Girlfriend Is a Witch" that can be found on certain garage comps. Not a criticism of your blog, I'm always finding great stuff here but of course there are some clunkers. Cheers!