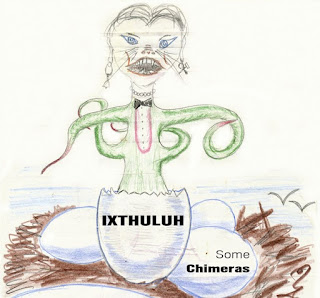 don't hang around, enjoy good music!
Posted by Lisa Sinder at 10:16 AM

This band is a couple levels below underground.. so far, in fact, that they never released an actual record. I don't think I'd call this prog unless every teen garage band's first rehearsal is also considered prog. But thanks for the weirdness

Lol I am losing it over here. Most inept "rock band" since..The Godz (on ESP-Disk) or maybe FLOSS on their immortal Cruisin' lp? And that cover "art"!! Did the drummers little brother draw that after getting stoned when skipping class? Hilarious and fucking awesome. Not sure when I'll wade into it again but glad to know it exists.