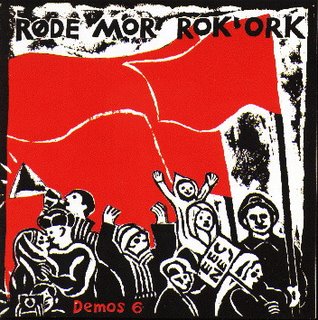 Røde Mor was the seventies most significant political band-and-art-comunity in Denmark. They were very succesfully - thoug called themselves "kommunists" - they knew how to make money and great live acts. Their final act is over - as meaningfull protest-band, but they have been reunited a couple of times lately: Last exit before entry to the history books. hear this macnificent band: What they did, how they did it - and why... 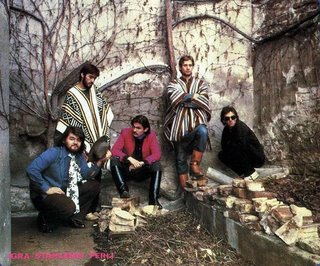 IGRA STAKLENIH PERLI, the ultimate ex-Yugoslavian space psych rock band, was formed in 1976 in Belgrade, Serbia, having been named after the famous novel by Hermann Hesse - "Das Glasperlenspiel" (The Glass Beads Game). The original line-up consisted of: Zoran Lakic (keyboards), Vojkan Rakic (guitar), Predrag Vukovic (percussions) and Drasko Nikodijevic (bass & vocals). In late 1977 Dragan Soc joined the band as drummer while they played live concerts at Belgrade clubs, preparing to start recording their first album, which they did in mid 1978. Upon its release the next year, the band gained reputation for elaborated visual stage effects and light show directed by their friend Goran Cvetic. Nikodijevic was replaced by rock journalist Slobodan Trbojevic on bass prior to recording the second album in late 1979. After its release in 1980 the guitarist Ivan Pajevic replaced Rakic and Nikodijevic was back on bass, but shortly the band ceased to exist. Nikodijevic and Rakic later formed post-punk/neo-psych White Rabbit Band but in late 1980s moved to USA where they continued under the name White Rabbit Cult. 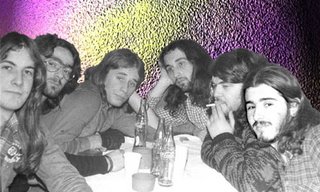 The remaining members together with German publisher Thomas Werner released at the beginning of 1990s three albums of ISP old live material and album outtakes for the German-based label Kalemegdan Disk.IGRA STAKLENIH PERLI labelled their music style as "stream of consciousness music". Their both studio albums, the first eponymous "Igra Staklenih Perli" from 1979 and the second "Vrt Svetlosti" from 1980, are pretty similar in sound and resemble the style from early PINK FLOYD and HAWKWIND psychedelia, to German kraut-rock (notably CAN and TANGERINE DREAM), to HILLAGE-era GONG among many. Interesting music effort especially considering the fact it was the new wave boom period when they tried to pursue a quite different music philosophy.Recommended listen to any devoted prog fan. Since all their albums were issued on vinyl format it might be difficult task to find them, but Kalemegdan Disk may be a good starting address.: : : Sead S. Fetahagic, Bosnia and Herzegovina : : : 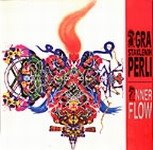 Igra Staklenih Perli - Inner Flow (1976-79)
So, this is a collection of previously unissued tracks recorded by IGRA STAKLENIH PERLI in their early years from 1976-79. It was released by German label Kalemegdan Disk in 1991, which specialized in uncovering the old, classic rock period of the former Yugoslavia. These tracks sound amazingly good and they show how awsome and diverse was the Yugoslavian music scene of the 1970s, in spite of shortage in music instruments, discographic resources and state-controlled market. ISP were well-known as the premier psychedelic band, but what is also obvious from this collection is that they equally cherished their love for German Kraut rock scene. Due to droning spacey electronics, strong rhythm section and whispering vocals, they are the closest to CAN in terms of influences. Just listen to "Magic Machine" and "Lake of Lily" and you will notice the spiritual presence of Damo Suzuki, Holger Czukay et al.; the latter being a fine answer to guitar craziness of "Mother Sky" from CAN's "Soundtracks". The lengthy title track is pure acid rock filled with fuzzed guitar, bongo percussions and tribal bass thumping. This is excellent album that any serious psycho/kraut lover should grab. It's a real gem excavated from the Yugoslavian back catalogue that should be treated as a precious jewel. A brilliant and adventurous experimental psychedelic music! 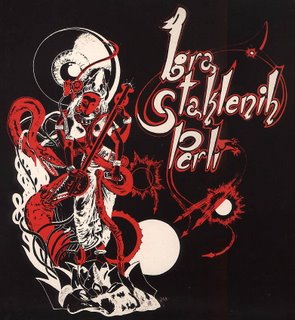 Igra Staklenih Perli - Igra Staklenih Perli(1979)
The only Yugoslavian psychedelic band but the best space psych rock i ever listen to !Its a mix between Tangerine Dream and earlier Pink Floyd(its an 1979 record,so a bit late for western standards,cause it could be made in late 60s in England or Germany) .Its a true psychedelic albums with very mellodic and catchy riffs and rythms,you dont need mush,lsd or else with this,it will blow you away for sure!An engaged young band with Oriental influences,extra talented and inspired,the album is lasting only 29 minutes,but there is no dull moments at all.You need to check this album,its surely a masterpiece of psychedelic rock,one of the best you can get! dark_d3 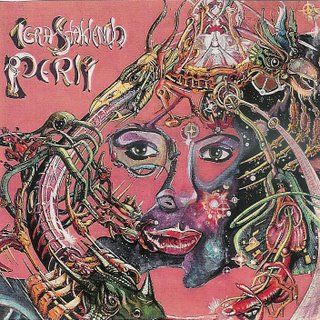 Album "Drives" is the last of the trio of vinyl albums, issued by German- based label Kalemegdan Disk in the early 1990s. It contains previously unissued material that is taken from the 4-hours improvisational jam session recorded live in a rehearsal room, back in April 1977. In late 1991, former band members - percussionist Predrag Vukovic and guitarist Vojkan Rakic - with guest keyboardist Zoran Zagorcic re-mixed this old material with some newly recorded instrumental parts.


All reviews taken from Prog Archives 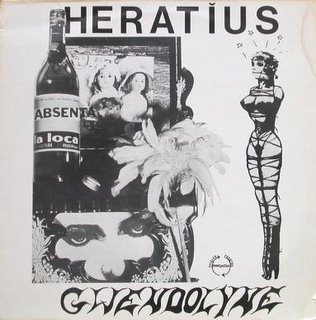 Heratius - Gwendolyne - Eccentric and un-categorizable French band's sole LP, released in 1978. Electric guitars, reeds, organ, percussion and voice etc., fitting comfortably amongst Philemon Arthur and The Dung, Dedalus and the more experimental bits of Faust; in short, idiosyncratic with a capital "I. From Adventures in the NWW List, Part 5 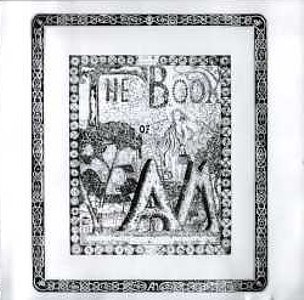 Great French folk-psych record!
This international group lived as a commune on the Spanish island of Deya & were acquaintances of Daevid Allen and Gilly Smith. their album is an attractive journey into the more mystical realms of hippie-folk, somewhere between Robin Williamson, Daevid Allen and some tracks by the German band Popol Vuh. Many songs have a strong Eastern touch with tamboura, acoustic guitar, flute and male/female vocals. This album will satisfy anyardent fan of psych-folk! Some members of Book Of Am might have helped out on Daevid Allen's solo albums from this period. Taken from "Scented Gardens Of The Mind" by Dag Erik Asbjornsen

Good ones to check!

This weekend I didn't do any new posts (but will improve the situation next week ;)

But you can visit good blogs below between ezhevika posts ;)

Love to you all & great Friday beer ;) 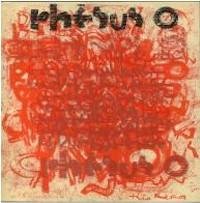 This is an early French jazz/rock excursion in the vein of Soft Machine 4/5. Hence, there is a certain early Canterbury flair to the music. The emphasis is more towards jazz than rock. The band features future Magma members Francois Moze and Jean-Pol Asseline. There also seems to be a small amount of contemporary Miles Davis influence, a la _In a Silent Way_, in the some of the more psychedelic moments. This album becomes more interesting to me, the more that I listen to it. Recommended if you like early Soft Machine and Moving Gelatine Plates. Dirk Evans 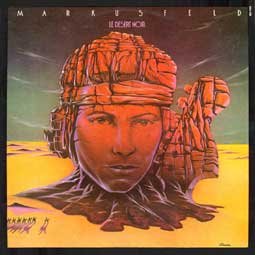 Third album of Alain MARKUSFELD after "Le Monde En Etages" (1970) and "Le Son Tombe Du Ciel" (1971), "Desert Noir" (1977) offers ethereal, delicate and fragile melodies based on the perfection of his guitarist's play. The result is close to a great success worthy of JADE WARRIOR or Steve TIBBETTS, made of highly evoking, long and instrumental parts. A second more surprising compareason can evoke the unlikely meeting between an acoustic Larry CORYELL and an electric Randy CALIFORNIA (SPIRIT)... MUSEA

Doris as musician. That Doris is deadly is not at all so clear to herself. Because she actually loves all people. She went to a "humanistic" high school so to say, where she naturally also had music lessons. She likes music very much, as everything. Whether or not she controls one instrument or them all is no matter; she finds it amazing if people make music. Actually everybody should make a little bit of music. Doris sees herself not as a musician exactly; she would consider that to be a limitation. Luckily there are so many, who attend to the music-making on her behalf. Doris rather likes to sing, her favorite instruments are sirens. Vinyl On Demand
"The Typical Thing" plays with central themes like pain, death and guilt in a balancing act between seriousness and irony. "I am guilty - you are guilty - that is the structure of guilt!" DIE TÖDLICHE DORIS

Link
Posted by Lisa Sinder at 11:18 AM No comments:

Good news, My Friends! The Groovy Fab blog has returned! 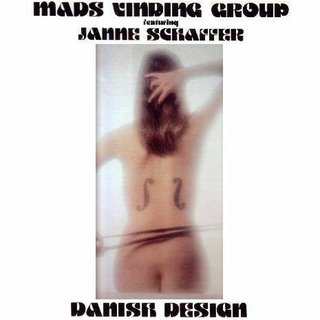 Long regarded as one Europe's finest jazz bassists, the Danish Vinding has played with such stars as Herbie Hancock, Wayne Shorter, Dexter Gordon, Stan Getz, Gary Burton, Dizzy Gillespie, and Bob Brookmeyer, among others. Vinding taught himself to play, and by the age of 16 was performing professionally. He served as the house bassist at the Montmartre night club in Copenhagen, where he accompanied many famous visiting American musicians. He began recording as a sideman in the late '60s. In 1974, he recorded with bebop pianist Duke Jordan. That year he also led a date that produced the album Danish Design on the Sonet label. Vinding played in the Radioens Big Band from 1978 and with Ernie Wilkins' Almost Big Band from 1980. During the '80s, he worked and recorded with pianist Kenny Drew and flugelhornist Art Farmer, pianist Herbie Hancock, guitarist Doug Raney, and many others. With drummer Billy Hart, Vinding was a member of a Hank Jones-led group called the Great Jazz Trio. The group released several albums' worth of material in the late '80s and early '90s. Vinding was extremely active during the '90s, recording with such musicians as saxophonist Jesper Thilo, pianist Martial Solal, and many others. By the late '90s, he had begun recording as a leader more often. In 1997 he formed the Mads Vinding Trio with his fellow Dane drummer Alex Riel and the Italian pianist Enrico Pieranunzi. That configuration recorded The Kingdom Where Nobody Dies for Stunt Records. Pieranunzi was replaced on subsequent trio albums by Roger Kellaway and Carsten Dahl. Vinding has been unusually prolific. He's played on upwards of 600 recordings (by his own count) and received many European jazz awards. In addition to his recording and performance activities, Vinding has also composed for film. ~ Chris Kelsey, All Music Guide 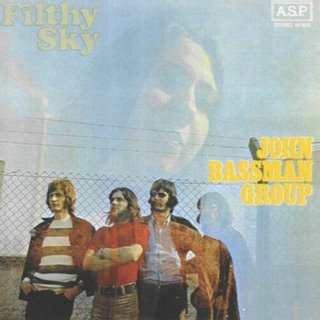 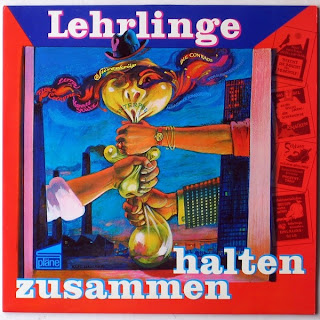 Labels: germany, psych prog
Newer Posts Older Posts Home
Subscribe to: Posts (Atom)
Hi Friends!!!
Here, at Ezhevika Fields, I'm providing information & listening preview samples of lost albums from the past. My only aim is to promote real art & music for some reasons currently unavailable according to my sources. If you are the artist or label & would like the link to be removed just contact me & it will be done.