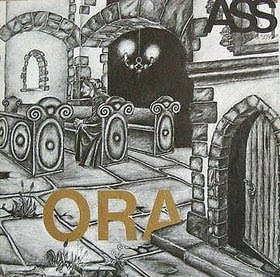 One of the best hidden treasures of German early 1970s psych Krautrock private pressings! The only LP from this young 6-piece group (3 brothers and friends) from Hof (Bavaria), 9 great songs full of haunting melodies, swirling, wailing Farfisa organ, guitars, sparkling piano, bass and drums, and - in opposite to most other private Krautrock LPs - superb vocals. The dark echo-ey / reverb-laden sound sometimes reminds me of Mary Butterworth and gives this LP this particular spine-chilling, goosepimples-producing feeling of those magnificent 1960s psych-garage ballads. By lyrkoss

Sounds more like a 1968 era American garage psych album, than anything typically coming from Germany circa 1972. Excepting the semi-narrated vocals in German of course. Somewhat like Ainigma's "Diluvium", but a better reference is some of the 45's coming from the German underground as featured on Garden of Delight's "Psychedelic Gems" series. Straightforward rock n roll songs, with Farfisa organ, slightly fuzzy guitars, echoed piano and a lot of vocals. A very unusual sound for Germany, so I can understand the collector appeal. Taken from here 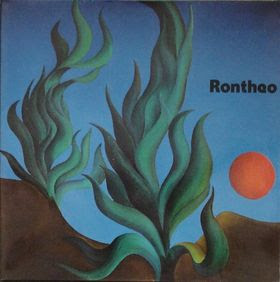 The name of this group comes from the first components blocks: RONNIE DI TOMASO (guitar, voice) and THEO BUSCH (violin, percussions). With their friend YEDZ they recorded this good LP in Germany in 1976... it's fresh folk rock, sung in English, and as usual many sellers consider it as psychedelic folk rock (maybe to sell it at a better price), anyway this is another little jewel coming from Germany and its value is growing day by day (400 US Dollars)... the gatefold cover is also great with a beautiful fantasy design... [www.celononcelo.com/rontheoen.html] Taken from here 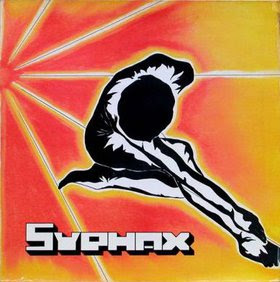 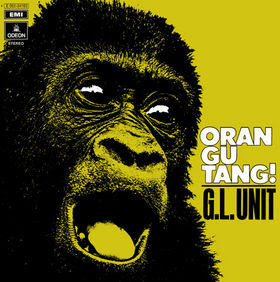 This experimental big band was lead by Gunnar Lindqvist and featured a huge cast of improvising musicians. Among jazz stars like Bernt Rosengren and Maffy Falay? we also find prominent Movement musicians like Ove Karlsson, Torsten Eckerman, Roland Keijser, Bosse Skoglund, Bengt Berger (all five of whom were in Arbete & Fritid)., Allan Olsson and Sune Spangerberg (both of Iskra) and Gunnar Bergsten (Flasket Brinner). The influence of G.L. Unit showed up in the music of later groups like Forkladd Gud, Lokomotiv Konkret and Iskra. Gunnar Lindqvist were also the producer for EMI acts Solar Plexus, Panta Rei, Energy and Storm. Taken from Tobias Petterson's & Ulf Henningsson's "The Encyclopedia of Swedish Progressive Music 1967-1979" (c) 2007 Premium Publishing More details about the book here (sold out) 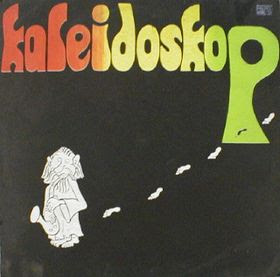 A band with their roots in Bremen/Hannover, going back to the 1960's. It was reputedly "extraordinary soul jazz rock album with great grooves and charming careless playing" according to one source - which turned out to be not too far off the mark. Kaleidoskop played a richly textured jazz-prog that was actually quite dated for 1974, with lots of winds, and 90% instrumental, with hints of Nucleus, Xhol and Zappa/Mothers styles, but less experimental and a touch cheesy in some of the jazz breaks. The song in "Stranger Blue" takes the sound Emergency territory.

After a change in style, and a shake-up in line-up, 7 years later they resurfaced as Kaleidoskop Band. Taken from The Crack In The Cosmic Egg

Link
Posted by Lisa Sinder at 2:37 AM No comments: 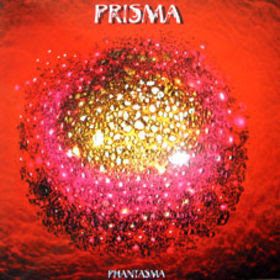 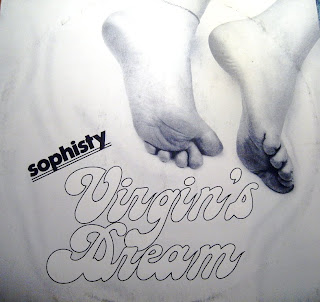 Virgin's Dream, on "Sophisty" at least, are very much a product of the late 70s and early 80s German fusion scene. Perhaps a bit more tropical, and funky, than most. Comparisons to Michael Borner's Sun or some of Syncrises' work wouldn't be out of line. As usual, the guitar work is exemplary, a trademark of the time and place. Taken from here 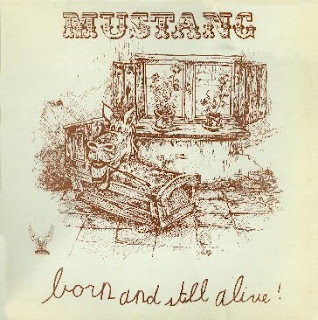 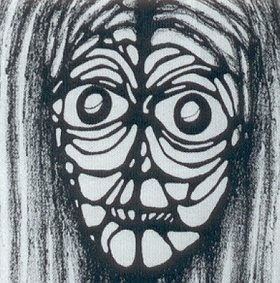 Seriously demented stuff, suitably subtitled "An attempt to record coincidence". About as experimental as it could get in the early 1970s, and not entirely listenable, although definitely interesting if only from the "how far could that kind of experimentation reach ?!" perspective. Layers of vocals, whirlpools of reverb - this is the album that either affects you in its special crazy spiritual way, or just leaves you in disgust. Every listen is different. By Levgan

Pictured in all its tantalizing, eye-popping glory in Hans Pokora's 1001 Record Collector Dreams, this hellishly rare Austrian avant garde LP from 1972 is nothing short of astonishing. There are no instruments, but rather varying configurations of solo, duo and ensemble vocal improvisations, presumably informed by the aforementioned (and nearly impenetrable) code (or “charts”). Although this might be seen as part of an interesting continuum, this unique and prescient music will stun even the most astute followers of outsider art. Describe it, you say? Sweet Jesus! “Shape note singing for acidheads,” perhaps? From an avant-classical perspective, one might mention late 60's Penderecki as a possible reference point (along with Ligeti, or perhaps even Nono). In improvised music, the Spontaneous Music Ensemble’s larger workshop groups similarly feature masses of vocal sounds; comparisons with Alan Watts’ This Is It are as plausible as they are inevitable. Ultimately, though, nothing will quite prepare you for this LP. In fact, when an original copy landed at Nero’s Neptune headquarters, one notorious "outsider" label chief/collector extraordinaire's peni-meter became so perilously engorged that he nearly burst with envy, casting ridiculous offers of rare wax and unmentionable “favors” our way whilst begging to let him take over. In other words, we strongly recommend purchasing this limited reissue while you can and securing appropriate spiritual condiments for the trip. After all, you CAN be anyone this time around. Buy at Time Lag 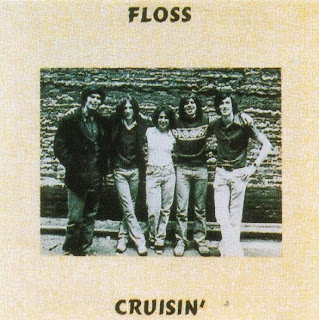 A rare (and late) garage-psych group covering classics. Reputedly only 100 copies were made and therefore it's now really expensive. Taken from Vernon Joynson's book "Fuzz, Acid And Flowers" 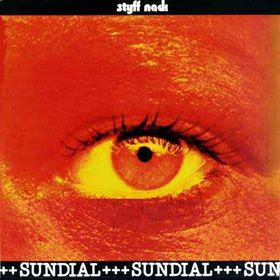 An obscure progressive band of whom we know very little, except for a moderately interesting self-produced album. Definitely in the spirit of Krautrock, but with a more mellow late-70's feel, the album SUNDIAL mixed a variety of styles into a lyrical hard-rock, pepped up by many unusual touches and a psychedelic edge. 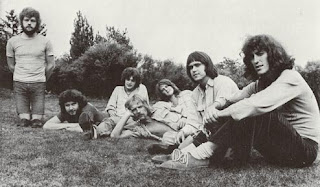 Famous poet Jacques Werup formed this progressive band in Malmo in 1973. His Swedish-language lyrics on Stormvarning have a socialist message with a poetic, yet violent, touch. The band strove to make the music radical, with most of the music written by Rolf Sersam. The standout cut, "Snart Bryter Stormen Ut", was written by Werup and guitarist Mulle Holmqvist, who really shines here. Ek and Karlberg were ten replaced by Lasse Berggrensson and Percy Malmqvist? who both had played with Holmqvist in 60's band The Troublemakers. Storm At The Top saw the entire band mooning on the back cover. It featiured English-language lyrics and less experimental, but still progressive, music. EMI in London wanted Storm to have a big tour in Great Britain? but bad wages made the band decline the offer. The third and final album was released in 1977 and featured a new rhythm section? consisting of former Lotus members Stefan Berggrensson and Hakan Nyberg. Casanova i Mjölby is an excellent Swedish-language concept album. It tells an anachronistic story about Italian legend Giacomo Casanova (1725-1798) coming to a small town in Sweden in 1977 to witness society in decay. Like its predecessors? the album was co-produced by the band and Gunnar Lindqvist (G.L. Unit). The vinyl is hopused ina great sleeve by painter Bo Hulten. Despite the album being the peak of Storm's career, the band quit soon after. Werup went on to release several solo albums, often collaborating with his former Storm colleagues. Taken from Tobias Petterson's & Ulf Henningsson's "The Encyclopedia of Swedish Progressive Music 1967-1979" (c) 2007 Premium Publishing More details about the book here (sold out) Photo of the band taken from www.progg.se 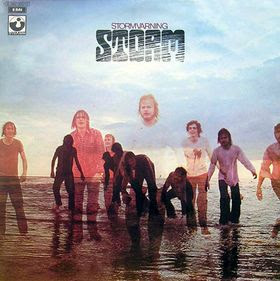 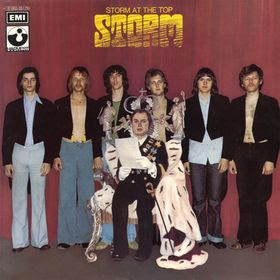 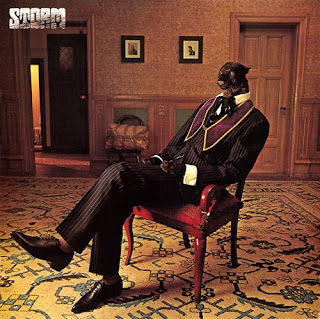 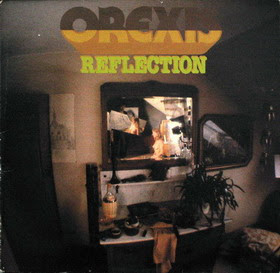 A highly original experimental ethnic jazz fusion band, who cross genres with amazing ease. The vast part of their work is in the realms of Oregon or Codona, with the focus on European jazz styles, against ethnic musics, with the spice and character of Embryo. Notably they play a much jazzier and moody music than most of their contemporaries, with much in the way of rambling noodling, focusing on Georg Lawall's multi-instrumental talents. 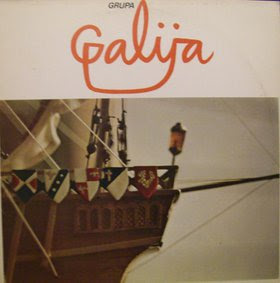 Nenad Milosavljevic was a 1970s hippie-influenced singer/songwriter who also composed music for theater plays. In 1977, together with a group of backing musicians, formed GALIJA (Eng. "Galley") in his native town Nis (pronounced: "ni:sh", former Yugoslavia, presently Serbia and Montenegro), named after the coffee bar where they used to hang around. They were notorious for the frequent line-up change, so besides N. Milosavljevic more or less standard band members were: Predrag Milosavljevic (Nenad's brother) who wrote most of the lyrics in the early phase and sang backing vocals, drummer Boban Pavlovic and bass player Zoran Radosavljevic. In the later phase, Radoman Kanjevac contributed with concepts and lyrics, Bratislav Zlatkovic with keyboards and flute playing along with composing, while Nenad also frequently engaged guest musicians, particularly keyboard and guitar players. In the early 1980s GALIJA was among the most popular bands in ex-Yugoslavia. It can be attributed to the sophisticated (although sometimes not too original) and "theatrical" prog rock songs, while their concerts showcased a somewhat "Baroque" and pirate look/galley outfit, along with Nenad imitating the stage movements of Ian Anderson of JETHRO TULL (only instead of flute Nenad occasionally played harmonica). They used to spend summers on the Adriatic Coast, with the town of Makarska (presently Croatia) being a sort of GALIJA fans pilgrimage site with free open-air gigs. From the mid-1980s onward, the band shifted musical direction towards more polished (and less "rocking") art pop-rock with occasional fusion of the Balkan folk themes and frequent use of celebrated South Slav poetry for the song lyrics. The band gained bad reputation when at one time in mid-1990s they collaborated with the autocratic Serbian regime, playing in support of the Establishment ideology. During their career GALIJA remained loyal to the state-owned music label PGP. They are still active in the new millenium and occasionally release albums of the more "mainstream" sound.

First three albums - "Grupa Galija" (often referred to as "Prva plovidba" although such title is missing from the cover!), "Druga plovidba" and "Ipak verujem u sebe" - are generally considered to be the best, given their symphonic prog sound, with characteristic interplay between acoustic and electric passages, atmospheric keyboards, strong and expressive vocals of Milosavljevic brothers and themes filled with romanticism and fairy tale-like lyrics. Obvious influences to the GALIJA music were CAMEL, GENESIS and JETHRO TULL on the prog side, but also THE ROLLING STONES on their rock side (blues-sounding harmonica!). These albums, although not so strong as some other ex-Yugoslavian bands of the era, are recommended listen for prog lovers. The first two albums are released under the name "GRUPA GALIJA", while from the third on they dropped "Grupa" from the name.

Link
Posted by Lisa Sinder at 11:53 PM No comments: 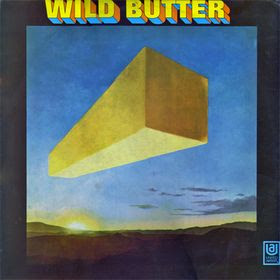 Labels: psych, rock, usa
Newer Posts Older Posts Home
Subscribe to: Posts (Atom)
Hi Friends!!!
Here, at Ezhevika Fields, I'm providing information & listening preview samples of lost albums from the past. My only aim is to promote real art & music for some reasons currently unavailable according to my sources. If you are the artist or label & would like the link to be removed just contact me & it will be done.