Please feel free to leave all your requests for albums & re-ups here!

Embermen Five - Fire In Their Hearts

Enjoy the albums & buy the ones you liked! 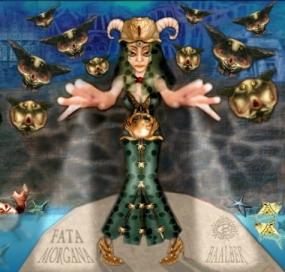 In October 1994 after almost 2 years of preparing material, originally composed by their first line-up, they made their debut in the city of La Plata (Buenos Aires, Argentina) under the name of FATA MORGANA. In 1995 they became BAALBEK.After performing throughout many years in the city of La Plata, they participated in the first the First Artisans Encounter in the province of Bs. As. In the city of Junín with an open show together with local bands as well as groups from Capital Federal.Needless to say the most important performance was at the BUENOS AIRES PROG 99 held at the auditoriumAt ACATRAZ in Cap. Fed. in December 1999 where the groups that participated in the first show were: Guitar Ensemble of Buenos Aires, 2112 and ANEKDOTEN from Sweden and in the second part were: Baalbek, Nexus and Tempus Fugit from Brazil.This festival was the first held in Argentina with international level, included among the yearly festivals of progressive rock worldwide.At the end of 1999 they started recording their first CD "FATA MORGANA", for the Brazilian record company Record Runner, after a year of adding software for the digital recording aided by computers.The record company Record Runner distributed the record in more than 15 countries of the world such as Brazil, U.S.A., Mexico, Spain, France, England, Poland, Denmark, Italy, Finland, Japan and others.Baalbek officially presented their first CD on Saturday April 7 2001, at the Centro Cultural La Plata, Sala Costamagna, La Plata.Baalbek is one of the few Argentine bands which attracted the attention of the important worldwide progressive movement, Baalbek was played on the American radios (PLANET PROG) and was included in the most important catalogs of the biggest distributors such as CD EUROEXPRESS from Europe, MUSEA RECORDS from France, PROGRESIVE ROCK AND PROGRESSIVE METAL from Brazil, MUSIC SELECTION from Holland, Distribution Inc from Canada, SROOM from the USA, THE MISSING PIECE from Sweden, SYN-PHONIC PROGRESSIVE ROCK from USA, etc.Some international magazines commented about Baalbek:"Baalbek has an eclectic progressive fusion style with influences by jazz-rock. The drummer Pablo Gonzalez, the bass player Fabián Vera, the keyboard player Eduardo Gustavino, the saxophonist Pablo Clavijo and the excellent guitarist Gonzalo Romero form the group. They made a very good impression and we expect great music from Baalbek in the years to come." Progression Magazine (USA) - issue 34 "The Argentinean band Baalbek gives us an example of their music which outlines a semi-symphonic style, with jazz and psychedelic elements, sensation achieved by the seldom use of sax. There are strong elements from the "seventies", reminding the listener of GNIDROLOG, HAPPY THE MAN and KING KRIMSON, plus the sound of the 90. We also point out a competition between the musicians. Metamúsica Magazine (Brazil) - Nº 009" 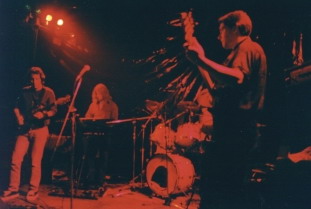 Without any doubt it is a different record. Fata Morgana is not really included within the purely progressive symphonic rock, it is a fusion work which uses very interesting elaborated elements. Baalbek is an instrumental group, with a well-defined identity though never static one. They dive in different waters in a very attractive search. This diversity makes the album fresh and elaborated at the same time." Revista Mellotrón (Argentina) - Nº 28"El instrumental/symphonic prog from Argentina. These very strong five instrumentalists have made a very interesting and innovating album. There are classic/symphonic prog elements as well as some jazz-fusion influences. It is full of attitude and different humor The melodic guitars, beautiful keyboards, a saxophone and a solid drums and bass foundation. The different tracks have a lot of character and none of the 13 tracks of this album resemble each other. It is their debut CD and I hope it is not the last one. This is really good. The only thing missing would be an excellent voice, which would turn it into a masterpiece. (!!) RECOMMENDEDOlov Andersson – Well-known Music and critic of Swedish Progressive Rock. 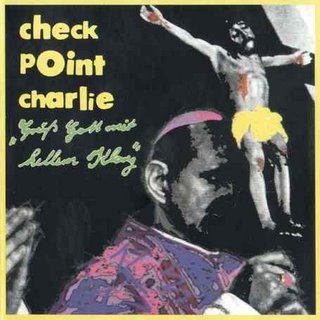 Checkpoint Charlie was formed in 1967 and named after the infamous checkpoint between the Eastern and Western zones of Berlin. They were part of the same polit rock wave as Floh De Cologne and Ton Steine Scherben. 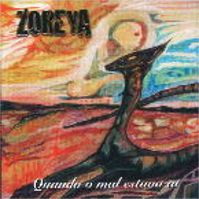 Soft, dreamy and jazzy prog from Brazil. A bit in the Popol Vuh realm. This work by new Sao Paulo band is like a long and weird soundtrack. ZOREYA is a Brazilian line-up that performs a quiet and relatively mysterious Progressive jazz-rock, based on the omnipresent sax lines. The eponymous album was recorded during a period of time situated between 1989 and 1995, and finally issued in 1996. An ethnic tale of 8 stories with a wide mixture of instrumental progressive, new age, world music and jazz. Very ethnic with sax, pianos, flutes, guitars etc.. 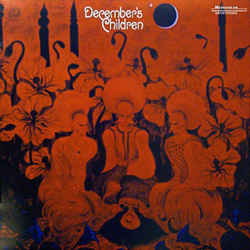 At last a CD issue of much sought after 1968 album. The only release by this US band who sound like The New Tweedy Brothers/Love Exchange/Growing Concern etc. Male and female vocal harmonies are wrapped with some great West Coast psych guitar work giving the whole album a classic US psych feel.
Freak Emporium

Labels: psych, usa
Newer Posts Older Posts Home
Subscribe to: Posts (Atom)
Hi Friends!!!
Here, at Ezhevika Fields, I'm providing information & listening preview samples of lost albums from the past. My only aim is to promote real art & music for some reasons currently unavailable according to my sources. If you are the artist or label & would like the link to be removed just contact me & it will be done.