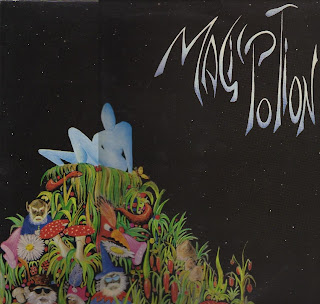 Hi Friends! I'd like to share with you two albums by great Italian neo psych band Magic Potion. "Fans of Plasticland or The Tyrnaround will find a gold mine of melodic psychedelia after consuming some Magic Potion" The Knights Of Fuzz 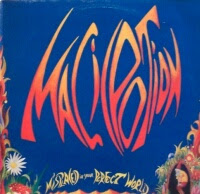 Posted by Lisa Sinder at 3:51 AM No comments: 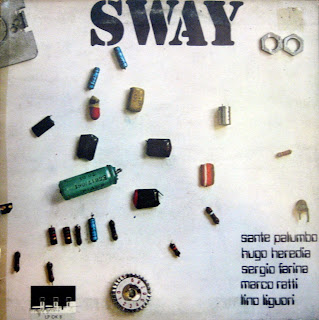 Led by pianist Sante Palumbo, Sway is an excellent album heavily influenced by early 70s Miles Davis, even without the presence of trumpet. Throughout, the album features wah wah guitar rhythms and tribal drumming. The first side is a bit looser, with some shrieky sax, drum solos and some piano noise bits. But Side 2 contains 'Mad' which is absolutely sublime. The sax is traded in for flute, there's an actual melody line carried throughout, and the guitar fuzzes out some wonderful solos. CPT (Cipiti) is the same label that released the rare debut by Le Groupe X.Taken from here 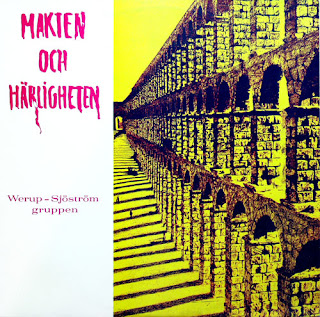 Werup-Sjostrom group was a theater / cabaret jazz-rock group similar to the Solar Plexus. The group includes Jacques Werup who later formed the remarkable progressive group Storm who released three LPs. The music is political prog rock. Jacques Werup from Ystad, Malmö and started as a jazz musician, but is now best known as a writer and poet. He made his debut as a writer in 1971 and today has released 35 books.

Link
Posted by Lisa Sinder at 11:20 PM No comments: 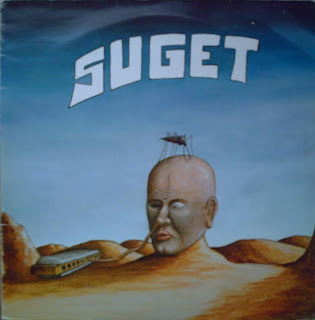 When listening to this album, I had every intention of listing it as a group from Canada. It has that particular sound that reminds me of a 1970s Quebecois release, as found on the Disques Le Tamanoir label for example. Groups such as L'Engoulevent and Breche come to mind here. As well, I hear traces of Harmonium's debut and even some Connivence. Overall I'd categorize it mainly as French folk music with a pop rock edge. So not exactly the usual CDRWL fare, but the primary reason for inclusion is the keyboard work - plenty of Moog solos that are a wonderful contrast to the otherwise serene pop music. I suppose you could also call out Yes here, when they're in their most simplistic happy sappy mood. Also, I quite liked the melodies. While not a priority release (there are a couple of trips to the barn you'll have to endure), I still think many of you would probably like to track this one down for a few listens. Taken from here 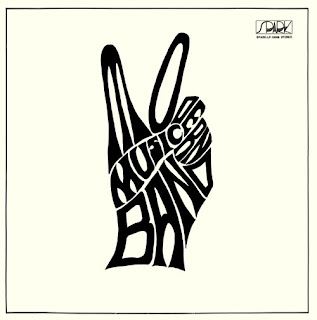 Horn rock heaven. Not long ago we featured a 1970 Swedish group called Opus III & Friends, and I stated that they reminded me of a horn rock band, except that they didn't have horns. And here we have another band like that, except they do feature them... horns that is. And much more, fully utilizing the 8 piece band here (trumpet, trombone, organ, flute, sax, guitar, bass, drums). This is a very fine example of the style, with good melodies and female vocals sung in Swedish. I believe all are originals, except one cover of Chicago's "Make Me Smile" (and an excellent rendition it is). For Swedish horn rock, I found this to be much more preferable than Splash's "Ut På Vischan". Taken from here 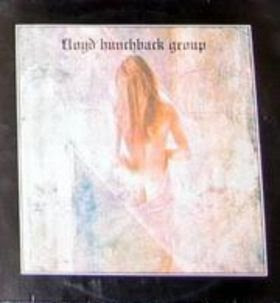 Floyd Hunchback Group is a tough album to describe. You can tell they're jazzers, and the typical late 70's fusion elements are all out in force (Rhodes, sax, funky bass). But they have this mean streak too, and some of the gymnastic rhythms, coupled with Moog and guitar solos, point to a love for complex instrumental progressive rock. The drumming is quite exceptional. Strangely I'm hearing more of a mid 70's Eastern European sound here, as found in bands like Fermata or SBB. Taken from here

Link
Posted by Lisa Sinder at 3:45 AM No comments:

Labels: cd reissue wishlist, fusion, prog, swiss
Newer Posts Older Posts Home
Subscribe to: Posts (Atom)
Hi Friends!!!
Here, at Ezhevika Fields, I'm providing information & listening preview samples of lost albums from the past. My only aim is to promote real art & music for some reasons currently unavailable according to my sources. If you are the artist or label & would like the link to be removed just contact me & it will be done.